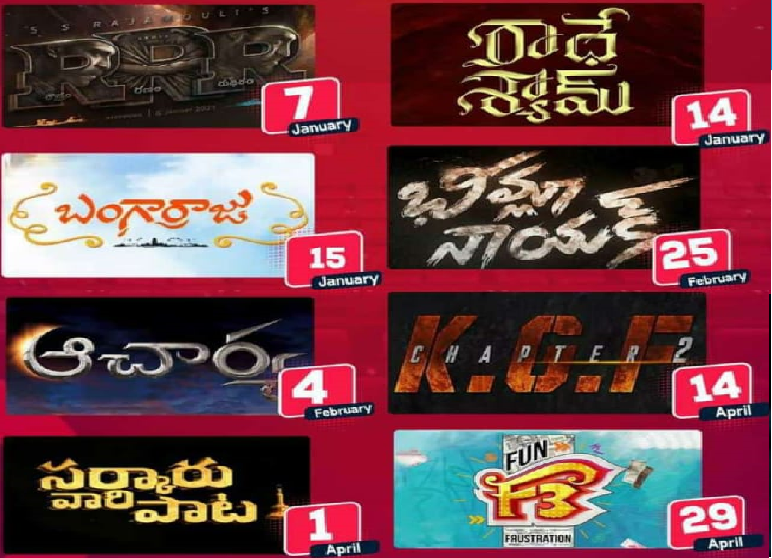 The producers of Rana Daggubati and Pawan Kalyan ‘Bheemla Nayak’ have apologized to the fans after announcing the film’s postponement to avoid clashing with other big-budget projects such as RRR and Radhe Shyam.

On Tuesday, the Bheemla Nayak filmmakers announced the new release date for ‘Bheemla Nayak,’ after being asked to postpone the film and stay away from the Sankranthi race.

Suryadevara Naga Vamsi, the producer of ‘Bheemla Nayak,’ posted on social media, “Apologies to all the fans. Sorry, it was out of my hands. I had to go by our hero @PawanKalyan gari words.”

Apologies to all the fans. 🙏 Sorry, it was out of my hands.

I had to go by our hero @PawanKalyan gari words. As you'll know he's always inclined to the welfare of this industry.

I promise you all, this Shivarathri, a storming force will hit the screens! #BheemlaNayakon25thFeb pic.twitter.com/AerZICBAfs

“As you’ll know he’s always inclined to the welfare of this industry,” Vamsi wrote.

“I promise you all, this Shivarathri, a storming force will hit the screens! #BheemlaNayakon25thFeb”,

Ram Charan and Jr NTR starred RRR movie is a period film based on the life of Telugu liberation warriors Alluri Seetharama Raju and Komaram Bheem. The movie is getting ready for a big theatrical release. The producers have scheduled a series of large-scale events across the country. Produced by DVV Danayya, the RRR movie release date is January 7, 2022.

The release date of ‘F3: Fun and Frustration,’ which was set for February 25, has been postponed to prevent a clash with Mahesh Babu’s ‘Sarkaru Vaari Paata’ and Yash’s ‘KGF: Chapter 2.’ The new release date for ‘F3’ is April 29, 2022.

This decision will help the three films, as most filmmakers prefer a standalone release. Shifting the release date will benefit not only the three films’ box office, but it will also help to prevent unwanted comparisons. On Tuesday, the film’s producers released a statement confirming the new release date.

The KGF chapter 2 filmmakers have opted to stick to the original April 14, 2022 release date. Because Aamir Khan’s Lal Singh Chaddha is also set to be released on the same day as KGF, the producers of the film considered moving the release date.

Acharya movie starring Tollywood megastar Chiranjeevi and his son Ram Charan, is about to reach the big screens. The film’s producers have confirmed that it will be released on February 4, 2022. The film is directed by Koratala Siva and stars Kajal Aggarwal and Pooja Hegde in the key roles.

Mahesh announced the new release date of SVP on his social media accounts along with a new poster of him from the film. “April 1st 2022!! #HappyDiwali,” he captioned the photo.